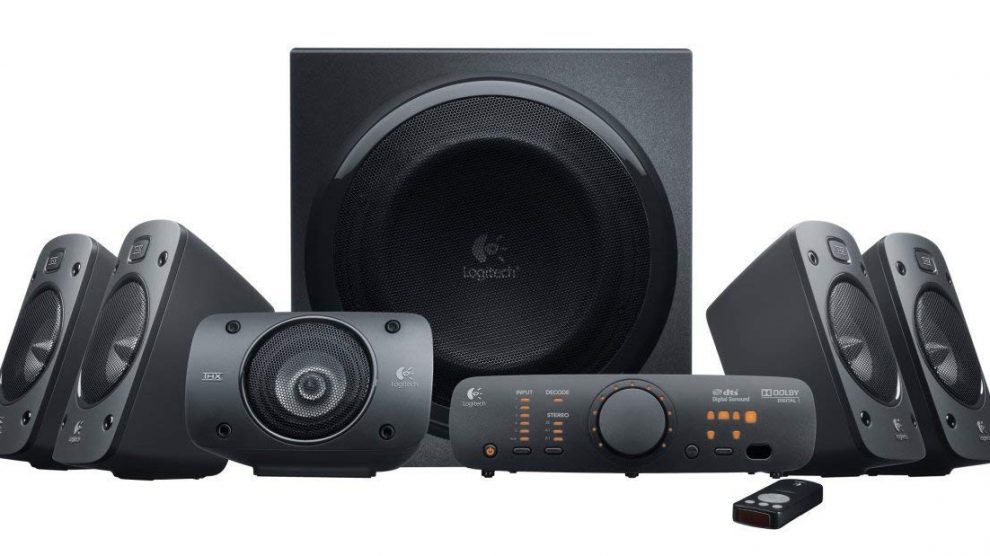 What is a home theatre system?

Home theatre systems are typically defined as “an entertainment system for the home, comprising a large television with video components (such as a DVD player and VCR) and an audio system offering surround sound.” These are naturally preferred by those who look for crisp and clear sound effects and a theatre like an experience at home.

Audiophiles or movie enthusiasts are likely to assemble a good home theatre system on their own, simply to have the best experience and quality, which in turn could be quite costly. Such a setup consists of an Audio/Video (a/v) receiver and amplifier with occasional inclusion of a built-in DVD or other media player.

With time, cost-effectiveness has driven customers to look for a single unit providing augmented sound experience for their homes – a system which can amplify their existing entertainment system. This led major electronic brands to develop home theatre systems as a single product that can serve the purpose.

This is not too confusing if you understand simple maths. The “.1” represents the subwoofer in the set while the 2, 3, 5 or 7 represent the number of speakers that come with it – the more, the merrier.  This means that a 5.1 speaker can have an enhanced surround sound effect than the other 2.1 or 3.1 versions as it comes with two/three additional speakers.

A 2.1 system comprises of two bookshelf speakers and a subwoofer. A bookshelf speaker generally contains a midbass and a tweeter, of which the former is used to deliver midrange frequencies in the audio and the latter is used for high range frequencies. Both the speakers can be placed on left and right side of the entertainment system, ideally to deliver left to right audio perpectives (for example, a moving car). A 3.1 includes an additional center speaker along with the two.

A 5.1 variation is a bit more complex, but will give you the true surround sound feeling. It comes with 4 bookshelf speakers and a center channel speaker. The center channel speaker sits in front of the entertainment system you have, and then you need to set up the two front speakers on the left and right of it. The two rear speakers are to be placed on your (the audience’s) left and right, which ideally should deliver the sound effects like beats, explosion sounds etc.

7.1 surround sound system adds two additional speakers to the more conventional six-channel (5.1) audio configuration, which are to be placed in the back to have an amplified experience.

Most music lovers go for the 5.1 systems initially as it’s more pocket friendly and you can upgrade to 7.1 later by adding two matching back speakers. It’s advisable to get a six-channel (5.1) setup for Indian homes with a good surround sound effect than to compromise on quality, just to have the 7.1 configuration.

Top 5 Home Theater Systems in India
Your choice of a home theatre system should take into account a lot of factors apart from the price. Here’s a list of the few we have curated to help in your selection, keeping in mind their popularity, pocket pinch, sound outputs, supported audio formats and features. 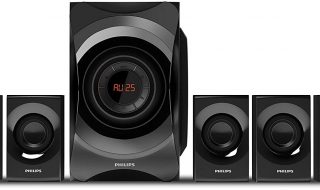 From a brand trusted by generations, this multi-media system comes with surround sound for an immersive experience. Features include USB and SD card slots for photos and music playback. The system works with any Bluetooth-enabled device. 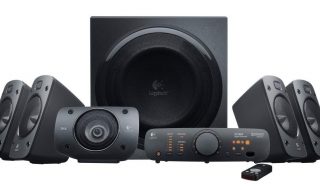 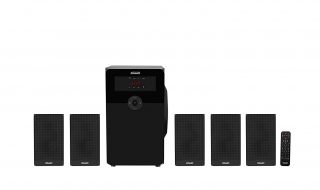 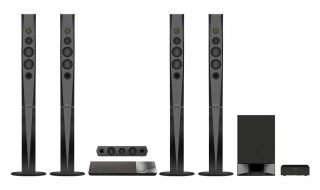 Includes 5.1 speaker system, a sub-woofer and a console. Real Dolby Digital sound for life-like movie watching experience. Equipped with the S-Master Amplifier , which provides extremely powerful quality of music with accuracy and separation of signals. 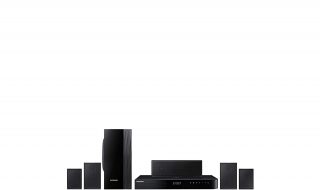 Samsung has introduced the 5.1 channel home theatre with a transcendent sound. The technology is patented, and allows instant connection with TV. Other features make this an attractive option. 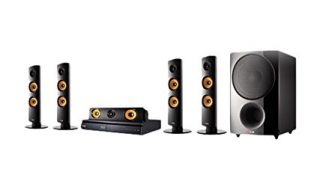 With a 5.1 channel equipment, this sound system from LG offers the Smart TV technology and access to LG apps. The speaker are made with Aramid fibers to deliver clear sound. Blu-ray support is excellent for those who like to watch movies with theater-like ambiance.

Another excellent product from Sony in home music systems, this model features 5.1 Surround Sound System with lighting effect and 1200W audio output. Another feature is the high-resolution audio capability, and the Blu-ray player includes monitors and subwoofers for a complete range of music acoustics and rich bass output.

Well, the list isn’t all comprehensive as the brands have different variants available for the home theatre systems. As individual needs vary and so does the sound experience that one might be looking for, it’s always advisable to do a research to understand which might be best suitable for your home, both budget and quality wise.

Tired of Sony or Bose? Buy an AKG headphone

The War of Smart Speakers – Amazon Echo vs Google Home

FPS Mouse for Gaming with Sensors