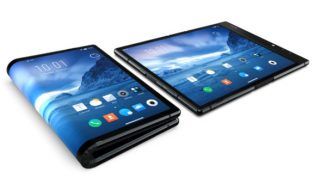 With the showcasing of Samsung’s foldable phone, and before that, Royole putting up its own version on display, the smartphone world is about to enter a new phase.

Samsung’s foldable phone features the Infinity Flex display. The device is a phone when close, and opens up into a tablet space. The makers have used a new material, a polymer, to ensure that the device can be folded and unfolded thousands of times without any damage.

The foldable phone is expected to create a new market for developers to come up with new apps and features for multiple screens. The Wall Street Journal described folding phones as the 3D TV of the mobile world.

Even before Samsung, another company, Royole, came out with its rather bulkier version. The FlexPai is a 7.8in hybrid device, and looks like a foldable purse. FlexPai will be in the Chinese market soon, and the price could be around $1300. The device offers 128GB storage.